There are different formats of papers in the world, based on traditions of use, times, geographical areas.

French formats are standardized by the AFNOR (French standardization association). The names used are derived from the filagrams (or watermarks) they carried when they were handcrafted.

To simplify exchanges, a format of international standards has been defined. This format is based on the homothetic, that is to say that its proportions must be preserved when one folds a sheet in its longest side. This feature allows you to reproduce each format keeping all the proportions of what is on the page (allowing, for example, cutting without loss, the making of books by folding).

This paper standard includes the “A, B and C” formats followed by a number. The number indicates the number of times that the basic format has been divided into two: a division into halves of an A0 sheet  gives two A1 sheets , the division of which by two gives two A2 sheets .

The A0 format, which measures 1m ² (rounds to the millimeter).
The B part of the B0 format, which is 1 meter wide.
The C takes the geometric mean of the two previous ones and is in fact very used for the envelopes.

The use of these formats is very widespread around the world, with the exception of the US Letter size 8 ½ inch (21.6 x 27.9 cm) paper format used in the United States, Canada, and Mexico. 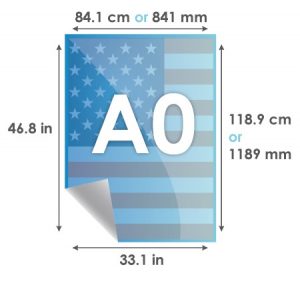 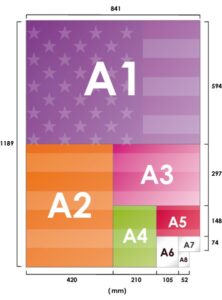 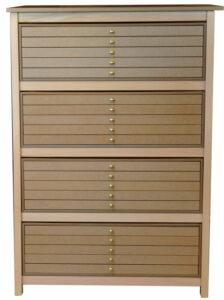 The Chest of Drawers

In painting and graphic arts, we often refer to traditional formats, as well as to the A format.
Below are tables presenting these formats. 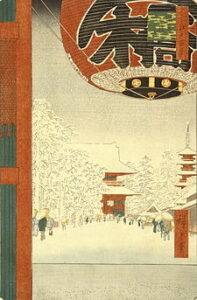 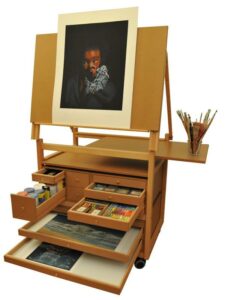 The Artist’s Studio Unit – The Taboret 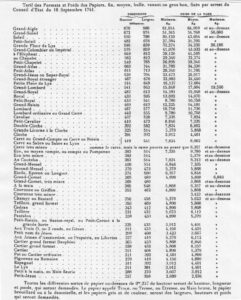 Go back to previous page